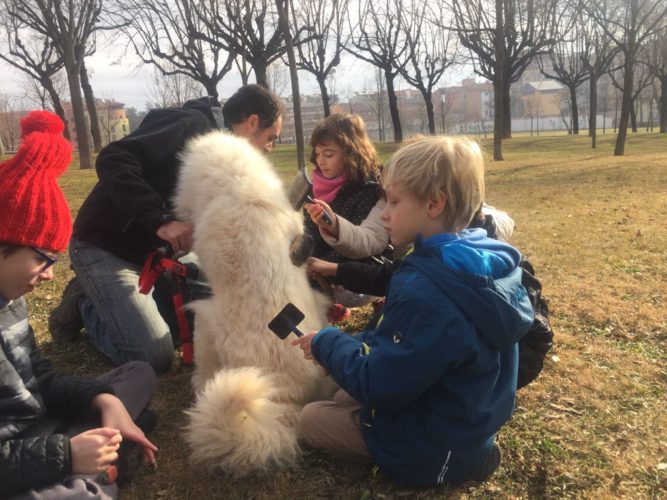 COLUMBIA, Mo. – While current events have increased stress for all families, parents of children with autism report higher levels of stress on average than parents of typically developing kids. Feeling overwhelmed and overburdened by various responsibilities, some parents turn to pets as a source of comfort and support.

Now, research from the University of Missouri has found that pets lead to strong bonds and reduced stress for both children with autism and their parents.

Gretchen Carlisle, a research scientist with the Research Center for Human-Animal Interaction in the MU College of Veterinary Medicine, surveyed more than 700 families from the Interactive Autism Network on the benefits and burdens of having a dog or cat in the family. She found that despite the responsibility of pet care, both children with autism and their parents reported strong bonds with their pets. Pet ownership was not related to parent stress, and parents with multiple pets reported more benefits.

“Given that the characteristics of autism spectrum disorder are so broad, it can be difficult to identify interventions that are widely beneficial,” Carlisle said. “Some of the core challenges that children with autism face include anxiety and difficulty communicating. As pets can help increase social interaction and decrease anxiety, we found that they are not only helpful in providing comfort and support to children with autism, but to their parents as well.”

For parents considering adding a pet into their family, Carlisle recommends including the child in the decision and making sure the pet’s activity level is a good match with the child’s.Gretchen Carlisle, a research scientist with the Research Center for Human-Animal Interaction in the MU College of Veterinary Medicine, and Mira.

“Some kids with autism have specific sensitivities, so a big, loud dog that is highly active might cause sensory overload for a particular child, while a quiet cat may be a better fit,” Carlisle said. “My goal is to provide parents with evidence-based information so they can make informed choices for their families.”

“Exploring Human-Companion Animal Interaction in Families of Children with Autism” was recently published in Journal of Autism and Developmental Disorders. Funding for the study was provided by Nestlé Purina. The content is solely the responsibility of the authors and does not necessarily represent the official views of the funding agencies.