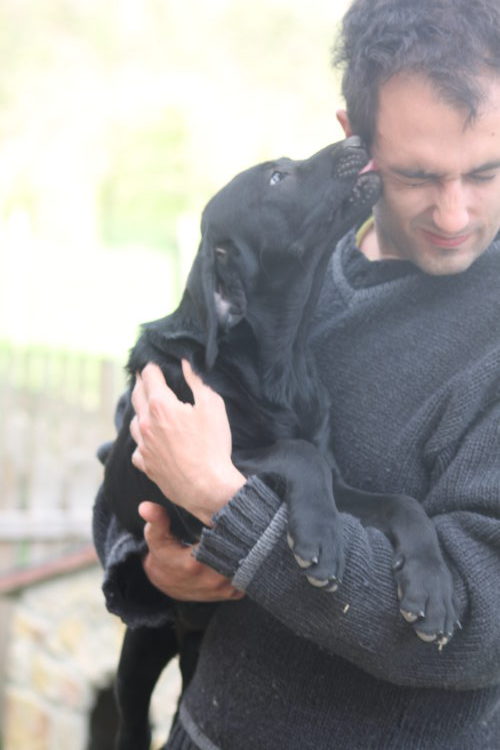 Separation anxiety in dogs should be seen as a symptom of underlying frustrations rather than a diagnosis, and understanding these root causes could be key to effective treatment, new research by animal behaviour specialists suggests.

Many pet owners experience problem behaviour in their dogs when leaving them at home. These behaviours can include destruction of household items, urinating or defecating indoors, or excessive barking and are often labelled as ‘separation anxiety’ as the dog gets anxious at the prospect of being left alone.

Treatment plans tend to focus on helping the dog overcome the ‘pain of separation’, but the current work indicates dealing with various forms of frustration is a much more important element of the problem.

The team, led by scientists from the University of Lincoln, UK, identified four main forms of distress for dogs when separated from their owners. These include a focus on getting away from something in the house, wanting to get to something outside, reacting to external noises or events, and a form of boredom.

More than 2,700 dogs representing over 100 breeds were included in the study.

Daniel Mills, Professor of Veterinary Behavioural Medicine in the School of Life Sciences at the University of Lincoln, said: “Until now, there has been a tendency to think of this as a single condition, ie ´My dog has got separation anxiety and then to focus on the dependence on the owner and how to make them more independent. However, this new work indicates that having separation anxiety is more like saying ‘My dog’s got an upset tummy’ which could have many causes and take many forms, and so both assessment and treatment need to be much more focussed.

“If your dog makes themselves ill by chewing something it shouldn’t, you would need to treat it very differently to if it has picked up an infection. One problem might need surgery and the other antibiotics.

“Labelling the problem of the dog who is being destructive, urinating or defecating indoors or vocalising when left alone as separation anxiety is not very helpful. It is the start of the diagnostic process, not the end. Our new research suggests that frustration in its various forms is very much at the heart of the problem and we need to understand this variety if we hope to offer better treatments for dogs.”

The new study, published in the academic journal Frontiers in Veterinary Science, highlights how different emotional states combine to produce problem behaviours in dogs. Although it is first triggered by the ownerÿs departure, the unwanted behaviour arises because of a combination of risk factors that may include elements of the dogÿs temperament, the type of relationship it has with the owner and how the two of them interact.

The research team will soon be building on the latest study to examine in greater detail the influence the dog-owner relationship has on problem behaviours triggered by separation. It is hoped the research will open up new, more specific treatment programmes for owners.